In challenge 16 of the Cryptopals challenges I am given an oracle very similar to the one in Challenge 13.

The goal of the challenge is to modify a ciphertext encrypted with CBC so that the decrypted plaintext will contain the string ;admin=true.

The code solving this challenge is available on my Github repository

A good understanding of how AES-CBC works is necessary to find out how to solve the puzzle.

AES-CBC (Cipher Block Chaining) mixes the previous ciphertext block with the new plaintext block before applying the AES block encryption. For the very first block, AES relies on an Initialization vector noted IV. This IV is not secret but should be random. There are two interesting properties here: 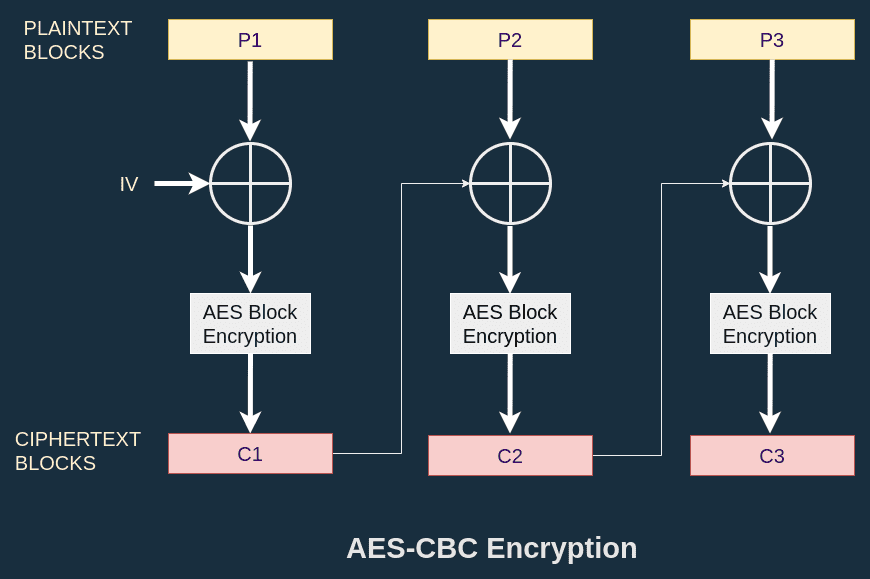 The decryption is the same graph, but mirrored: 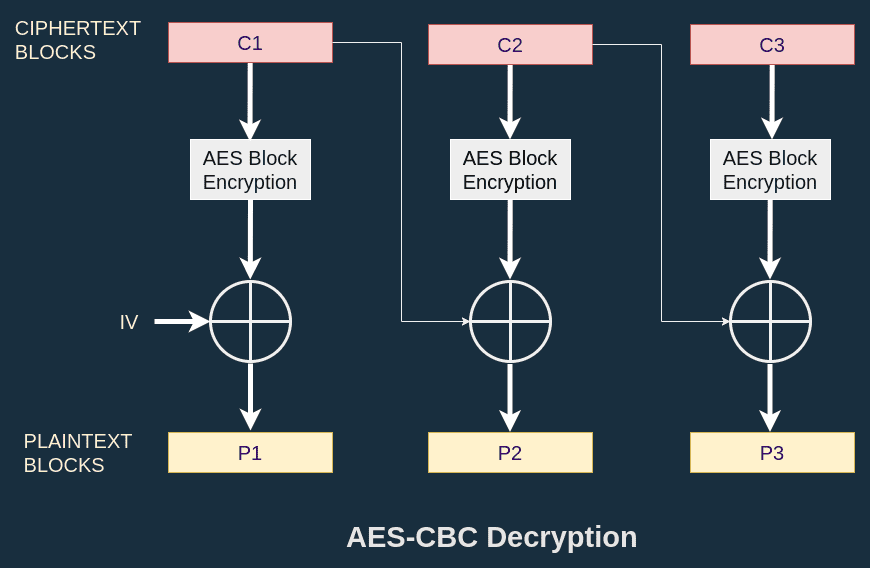 My goal is to modify the ciphertext so that the decryption contains the string ;admin=true. It turns out that this string is 12 bytes, which fits in a 16 bytes block. So I just have to modify one ciphertext block to make it contain my target string. I call Pt the target plaintext produced by the modified ciphertext block.

During the decryption process, there are some values that I know. In the diagram below, I show that I know the AES block decryption of C1:

I note this value I1. 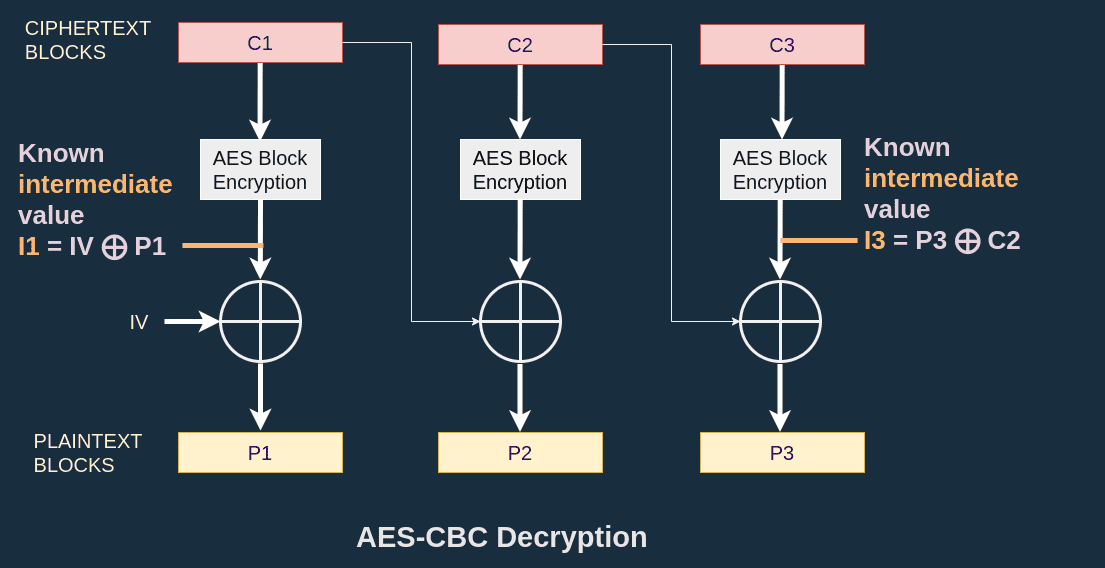 Since I know I1, I target a specific Pt and I have control over the ciphertext and the IV, I just have to apply some basic maths to solve my problem. I can compute a new initialization vector IV’ such that the plaintext produced is Pt

There nothing more to it. Check out my Github repository to find the full code solving this challenge.