In challenge 13 of the Cryptopals challenges, a function profile_for() producing valid ciphertexts is provided.

Which corresponds to the JSON role below:

The goal is to create a profile with the role admin thanks to the profile_for() function. There is a catch though, the function will strip any & or = from the user input.

The code for this challenge is available on my Github repository

If I use the function with the email foo@bar.com, the profile is encoded to email=foo@bar.com&uid=10&role=user and this encoded string is encrypted with AES-128-ECB. 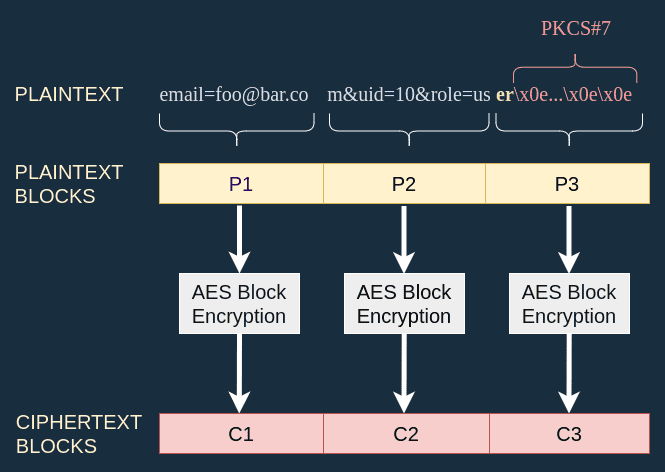 To make this strategy work I would need the function to encrypt the target plaintext block for me m&uid=10&role=ad, which is impossible since the function strips down = and & characters.

Nonetheless, the idea is the right one. To make it work I just need to free myself of these special characters. For instance, if I choose the email what@ever.com, the role user will be in its own block: 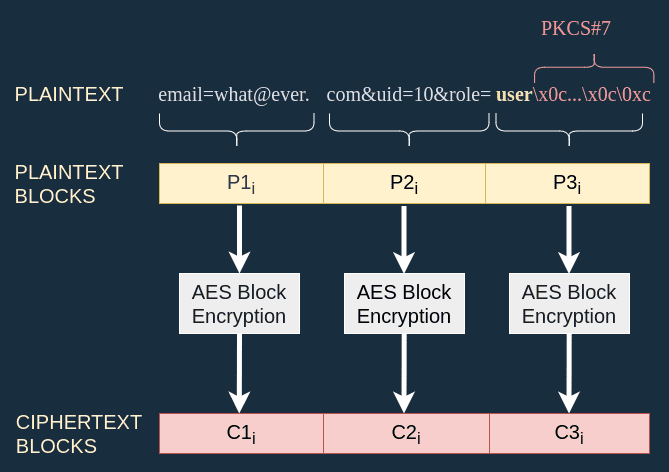 This is my initial plaintext, that is why I added a subscript i to the blocks. Thanks to this setup the last block contains the profile role but no special characters.

To change the role to admin, I need to replace the last ciphertext block by one that is the result of encrypting admin. In the diagram below I added a subscript t on the blocks since this is my target: 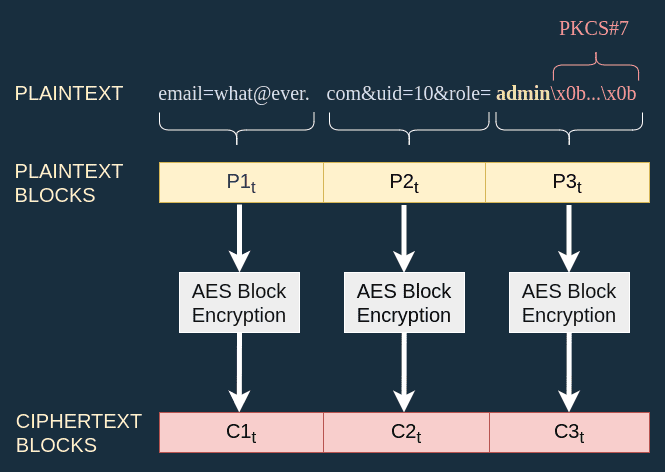 I've got most of the work done for me already since the first two blocks are equal in the initial and target case:

The function profile_for() is an oracle that allows me to encrypt arbitrary information. To do so I can craft a special email so that the string admin and its PKCS#7 padding will be in its own block. In the diagram below I use the email what@ever.admin\x11\x11...\x11\x11 (11 times \x11) to compute C3t​: 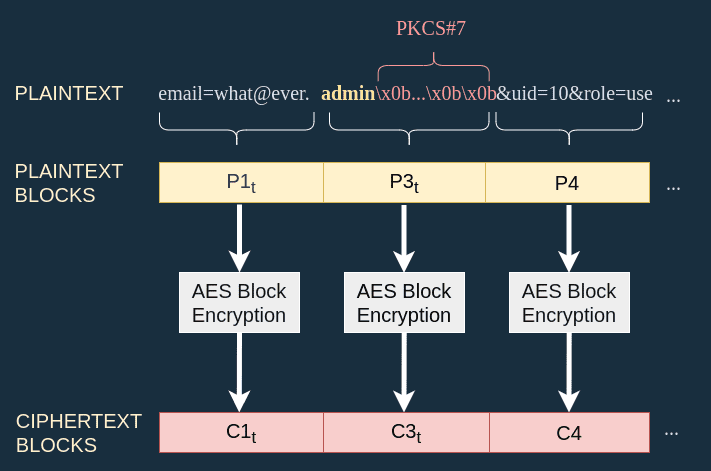 I now have at my disposal:

At this point, I solved the challenge: I just need to concatenate these ciphertext blocks to get the target ciphertext.

You liked this article ? Check out the other posts about the Cryptopals challenges!